How to migrate - updated for release 12.04 Precise Pangolin

A new version of the Wubi migration script will be released for Ubuntu 12.04 Precise Pangolin. There have been some minor changes that are required for release 12.04, and a few features added.

These are some of the changes with version 2.2 of the script:

As usual, you can download the script from the HOWTO: migrate wubi install to partition thread on ubuntuforums.org. Select the file wubi-move-2.2.tar.gz, download, then right-click, and Expand. This will create a new directory with 3 scripts: wubi-move-2.2.sh, check-source.sh and check-targets.sh.

How to migrate in pictures 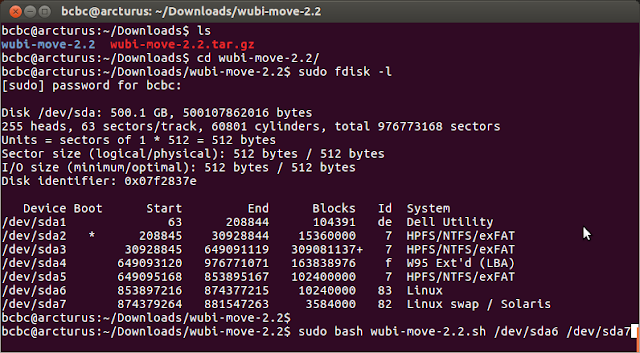 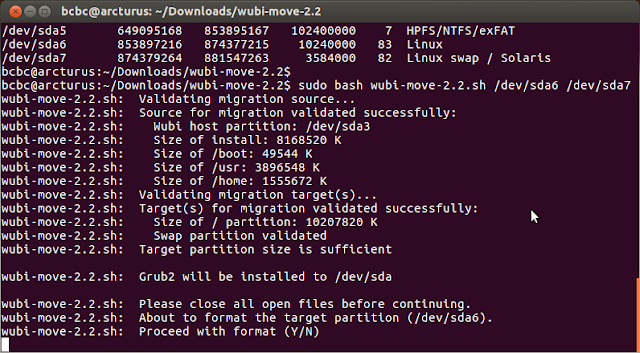 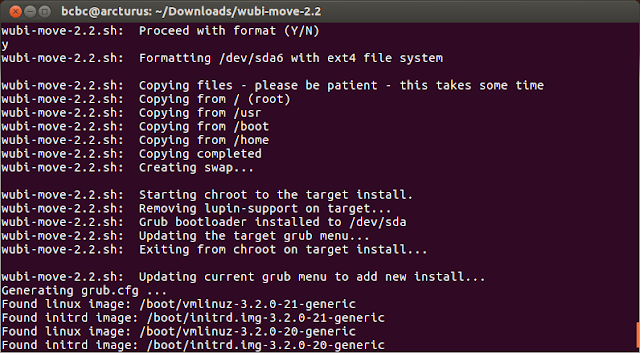 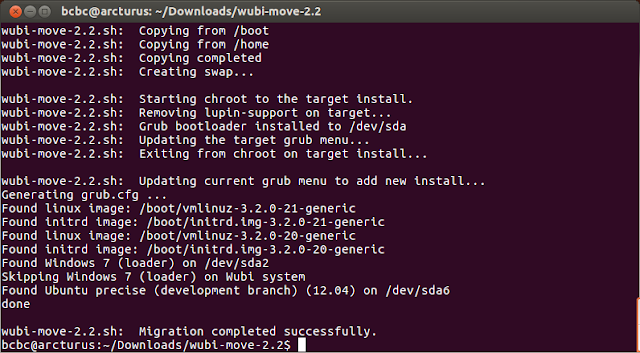 How to migrate from a root.disk

In the following example, the partition containing the root.disk is labeled 'wubi install' so the mountpoint is: /media/wubi install (including the space). This needs to be 'escaped' with '\' when specifying the location as shown in the screenshots below. Note also that this example uses a swap partition that is already used by another install (so option --shared-swap is specified to prevent running mkswap): 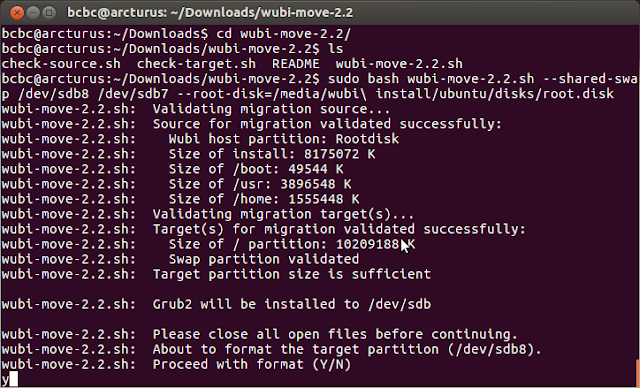 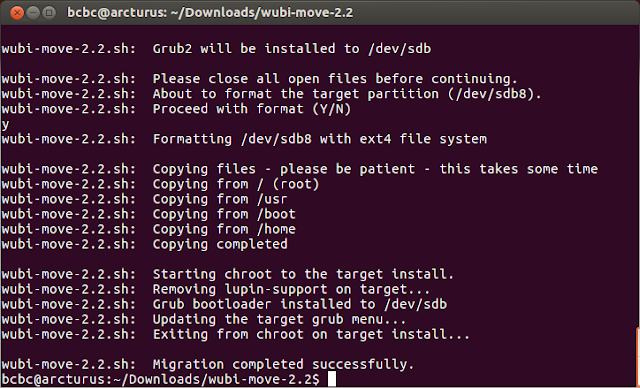 How to migrate to separate partitions

In the following example, there is a separate partition for /boot and /home in addition to the standard target (/) and swap partition. In addition, this example uses the  --shared-swap and --no-bootloader option: 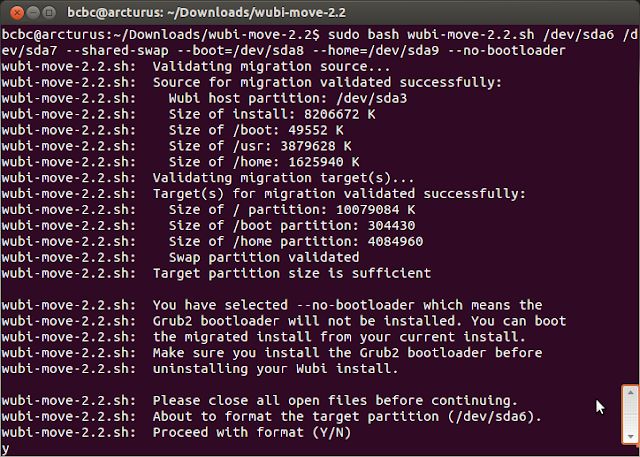 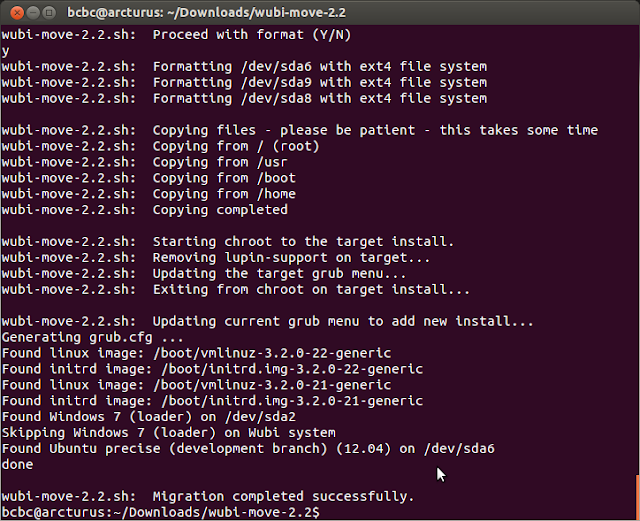 Some notes on --resume and --synch

The new options --resume and --synch are designed to save time, either when the migration terminates due to rsync copy errors, or a refreshed migration is desired. Normally the script will only proceed on an empty partition (to prevent loss of data), so these options are the only way to bypass this - and they make use of rsync's sychronization ability to only copy files that are missing/changed.

Since this does introduce a little risk, these options rely on a control file created the first time the migration is started. This ensures that the target partitions are the same as on the prior run. In other words, resubmit the migration command in the exact same way, but append --resume on the end.

The idea behind the --synch option is to keep a bootable backup e.g. on an external drive. This can be quickly syncronized prior to performing major updates (like an release upgrade).
Warning - synchronization will remove anything added to the migrated install that's not on the source install (in other words, don't use this option if you are actively using the migrated install).
This option is probably more useful for non-Wubi installs, so use it after you've migrated from Wubi (the script works on normal installs too).
Posted by bcbc at 5:40 PM