I wrote earlier about the Mystery of the disappearing root.disk. I've seen a number of additional cases since that post - and not all have been catastrophic, so thought I'd discuss what the steps are to attempt recovery.

My belief is that this problem is largely the result of manually shutting down your computer when the Wubi install is hanging. But there have been cases where corruption has occurred without manual poweroffs and I've noticed that some files I delete from within Wubi are 'recovered' later by Windows.

But it is important for users to resist the urge to 'hit the restart/power button' when the Wubi install is hanging. For any OS this is a bad idea and can lead to problems. For Wubi installs it can be fatal. Instead refer to the Wubi Guide for other options.

Running chkdsk
Depending on the problem, Windows may have run an automatic chkdsk or you may need to run it manually. It's not always necessary, but it will never hurt, so the first thing is to run it.
Go to My Computer on XP or Computer on Vista/7, right click the drive you installed Ubuntu on e.g. right click on C:, select Properties, select the Tools tab, then under Error-checking click Check now. Select to Automatically fix file system errors or Scan for and attempt recovery of bad sectors (I usually don't use this, but if you hard drive has problems it's a good idea). When the drive you installed on is C: the computer will tell you it has to schedule the scan for the next time you start your computer. Reboot to complete. 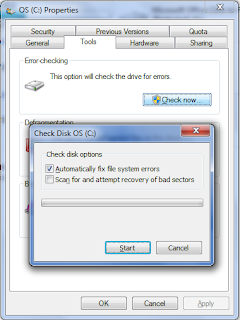 Locate recovered files/directories
The first thing to do is to look for the \found.000 folder on the drive in question i.e. C:\found.0000. This is hidden by default and (on my Windows 7 install) I also had to tell Windows not to "Hide protected OS files" just to see it. You may also have to recover from an administrator command prompt on Win7 (see below).

If you're missing the root.disk but there is no file of that name, it may have been renamed chk0000.chk. Rename this to root.disk and copy back to \ubuntu\disks.

Win7/Vista command line instructions
Hit the START key, enter CMD, then look above and right click on CMD.exe and select "Run as Administrator", as shown below. From Windows 8, type "CMD" on the Metro page, right click, and then look on the bottom for "Run as administrator. 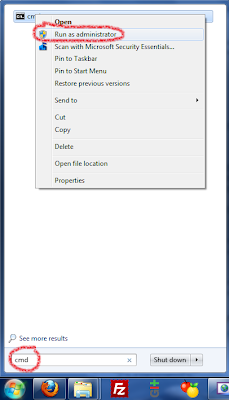 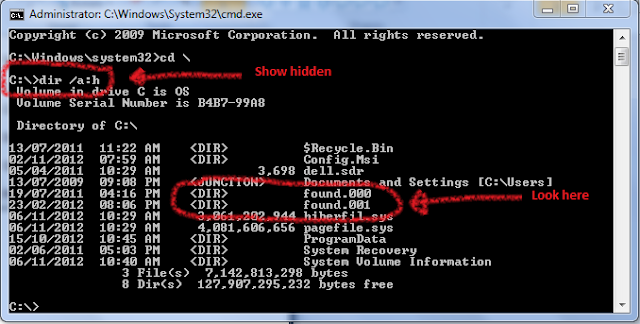 Or if the whole \ubuntu\disks folder is missing:

I hope this helps you to recover your files. Remember to backup important data on your Wubi install. There's no reason to install important personal files on a root.disk - you can access them easily on the /host partition.